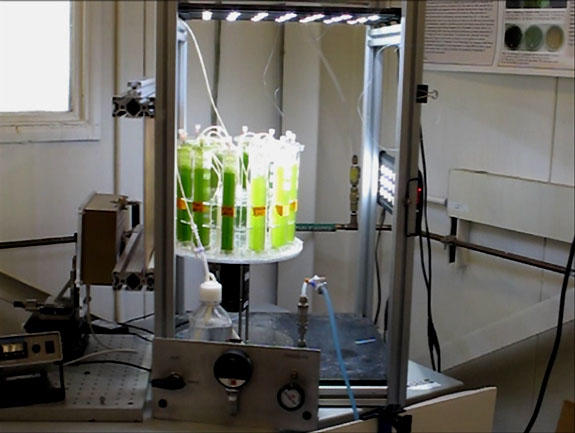 Part of this research is being carried out by BioStim Inc., AlgaStar’s wholly owned subsidiary located in New Mexico. They are leading a consortium of small businesses as a part of a New Mexico Small Business Assistance (NMSBA) program to further their research.

The objective of the NMSBA project, which allows local small businesses to work with scientists at the Los Alamos National Laboratory, is to map the conditions under which biostimulation enhances the growth rate and metabolism for several biological cultures involving algae and bacteria by means of microwave energy for use in the future development of nutraceutical, pharmaceutical, food and alternative fuels production. 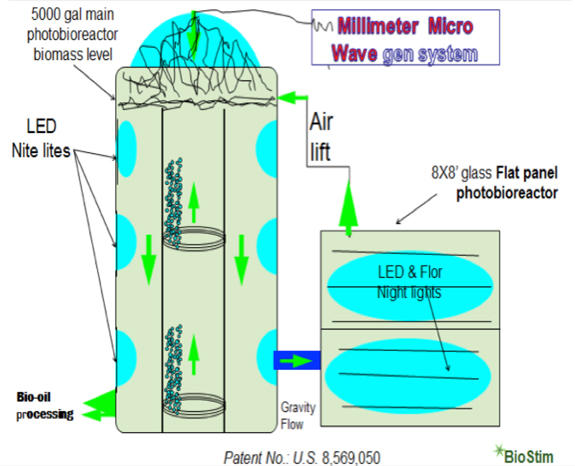 Even though algae is one of the fastest-growing organisms on the planet, faster is better for the biofuels and chemicals industries, as documented in a recent NAABB study presented last year by former Los Alamos scientist, Dr. Jose Olivarez. The study concluded that algae fuels are “limited by sustainable biomass accumulation.”

The US patened BioStim™ biostimulation system will integrate a millimeter microwave generator – which upon success, will radiate spontaneous growth energy into large volumes of biomass within AlgaStar’s SolarMagnatron™ (SM). “This system, when fully developed, allows us to commercialize biomass production of biofuels, pharmaceuticals and nutraceutical chemicals,” said biologist Edwin Cake, Ph.D., in a video on AlgaStar’s website. 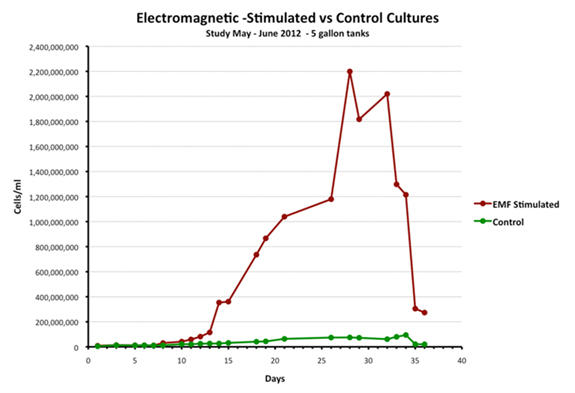 AlgaStar’s US patented 17,000 liter SM vertical biomass, commercial-scale prototype system is substantially built in Florida. The SM is designed to have an automated bio-system controller (ABC), which controls light, temperature, pH, nutrients and delivery of carbon dioxide to achieve optimal productivity. The ABC will also manage and monitor the biostimulation systems with EMF frequency and amplitude, to optimize algae and bacteria growth cycles, according to the AlgaStar researchers.

The ABC transforms the SM system – which allows continuous growth during daylight hours by maximizing the use of natural sunlight – into an adaptable microcrop platform that can mimic ideal growing conditions for many algae species as well as other microorganisms. During non-daylight hours, special domed acrylic lenses and flat-panel glass reactors, containing high-efficiency fluorescent and LED lights, produce artificial sunlight at specific wavelengths and power levels that optimize algae photosynthesis continuously, Ericsson said.

The system allows growers to use non-potable water such as brine, brackish, waste or seawater. An integrated UV and Ozone unit under development is intended to sanitize both the inflowing water as well as recycled water after biomass harvest.

The SM gravity flow and air-lift circulation systems use very little energy and will incorporate a solar-powered, electric generation system that would enable siting off-grid and use of geothermal energy for heating and cooling.

The SM is ideal for the production of genetically modified organisms (GMO’s), since it is a completely enclosed bioreactor system, which answers the USEPA’s concerns in restricting GMO’s from being grown in open-pond and raceway systems. 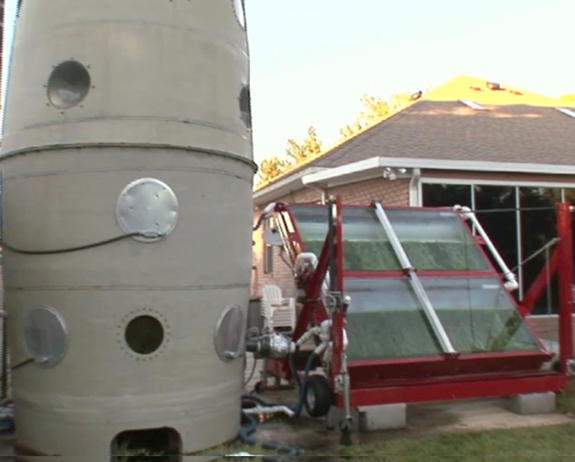 “I am also investigating the potential use of the BioStim system for future NASA Mars exploration efforts to expedite the recycling of CO2 into pure oxygen and help produce our astronaut’s and future planetary colonizers with food, fuel and nutriments,” Ericsson said.

As the BioStim research progresses, AlgaStar is planning to publically release its private stock offering and develop a 4.2 million liter (1.0 million gallon) biomass plant with 200 SolarMagnatron™ units in New Mexico.

Want to join the discussion?
Feel free to contribute!